News / Emergency to premiere on Nine 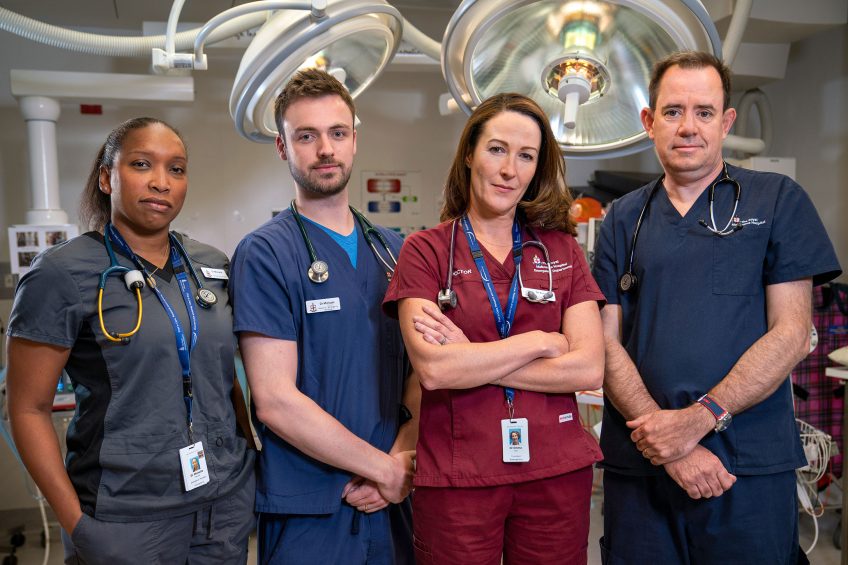 The frontline heroes at one of Australia’s busiest emergency wards will feature in WTFN’s gripping new medical series Emergency, premiering on the Nine Network Australia Wednesday, July 8, at 8.30pm.

The factual series, filmed before the COVID-19 pandemic crippled hospitals around the world, lifts the curtain on the emergency department at The Royal Melbourne Hospital – the first public hospital established in Victoria.

Emergency will reveal the tribulations and triumphs of the Royal’s dedicated doctors and nurses as they deal with victims of vicious assaults, horror car crashes and other tragedies, caring for the constant stream of patients coming through the door every day.

This 10-part series offers incredible and unprecedented access behind the scenes, with roving and fixed cameras in trauma bays, examination rooms and triage. From the moment a patient is rushed into the hospital, each step of their dramatic journey is captured. As events unfold, personal interviews with doctors and nurses tell the gripping story of each compelling case.

These are the frontline heroes trying to save patients at their most vulnerable, suffering from critical injuries and life-threatening illness. They reveal the challenging procedures, vital decision making and emotional toll it all takes.

Patients and families open up about the harrowing and often heartbreaking circumstances that have brought them to the emergency department, where the care and compassion of highly skilled medicos can mean the difference between life and death.

From life-threatening conditions like strokes and heart attacks to victims of accidents, violence and major public emergencies, the series will reveal the bravery and extraordinary composure of The Royal Melbourne Hospital’s medical teams as they battle around the clock to save lives.

Nine’s Head of Content, Production and Development, Adrian Swift, said: “Emergency goes beyond the simple cases that arrive, sirens blaring, into ED at Royal Melbourne Hospital. It tells the stories of the doctors and the nurses, the lives they lead, their relationships and the amazing work they do saving lives. It’s confronting, heartwarming, tear jerking and amazing, all at once. It’s a world rarely truly seen and Nine is proud to bring it to Australian screens.”

WTFN’s Director of Content, Steve Oemcke, said: “We are thrilled to partner with Victoria’s most famous hospital on this compelling new series. Australia has fallen in love with the heroes of Paramedics, and we’re excited to now tell the story of the doctors and nurses at The Royal Melbourne.”

Emergency is produced by WTFN, the creators of Nine’s critically acclaimed series, Paramedics. Both series are available for international distribution through Fred Media.