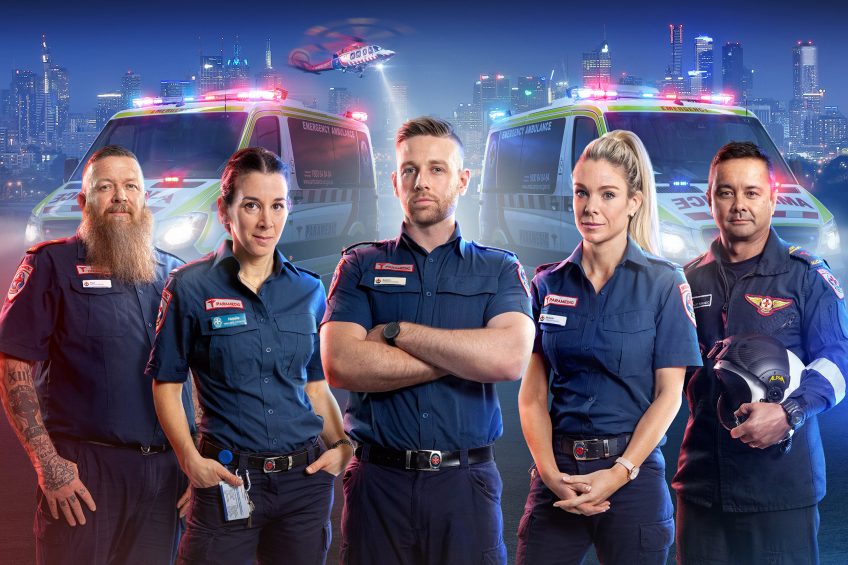 WTFN’s gripping factual series Paramedics returns to Australian screens for a second season on Tuesday, February 11, at 9.00pm on Nine and 9Now. Season 2 will deliver new teams, more drama and more inspirational patients as viewers get an unprecedented insight into the daily lives of our emergency service heroes.

With more than two million emergency calls made every year in Victoria, one every 12 seconds, our cameras will once again track the paramedics as they catch unguarded moments of compassion, love and laughter in the course of their life-saving duty.

A ratings hit in 2018, in Season 2 viewers will meet new faces on Paramedics while also catching up with some familiar ones.

In episode one, every second counts as new partners Mike and Eamon treat the teenage victims of a brutal assault, and intensive care paramedic Al races to the scene of a motorbike accident, where a tourist’s life hangs in the balance after colliding with a fallen tree.

Flight paramedic Ray treats an unlucky gardener with a shocking injury, and facing a helicopter flight that could make his condition worse. We also catch up with season one favourites Taz and Amanda, who have a surprise in store.

Season 2 is narrated by acclaimed actor and philanthropist Samuel Johnson OAM, reprising his role in the first season.

Paramedics is a WTFN production for Nine with the help of Ambulance Victoria and is available for international distribution through Fred Media.